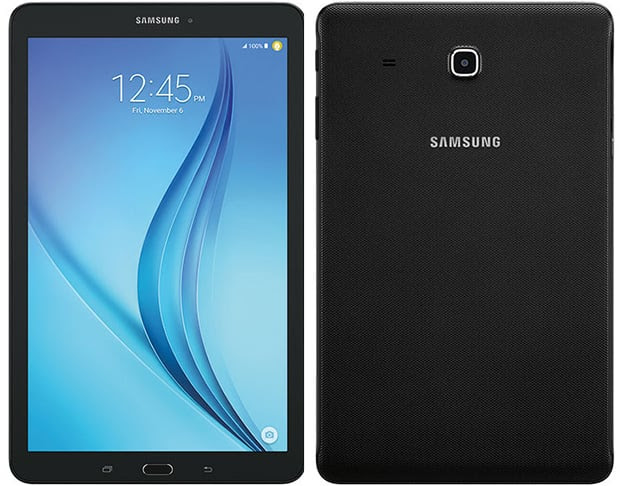 Samsung launched its midrange android tablet in India namely Galaxy Tab E which is priced at 16,900/-. It is available is Black & White shades.

DESIGN, BUILD QUALITY & DISPLAY
The design of this phone is quite good. It has corning glass 3 on front and texture finish plastic back and feels quite good in hands. It is slim at 8.5mm and weighs 495gms. It has 9.6 inch WXGA LCD display of resolution 800 X 1280 with 157 ppi. The viewing angles are very good and sunlight legibility of the display is pretty good. It runs on Touch Wiz User Interface. The display supports 10 multi-touch points and the brightness of the screen is pretty good.

SOFTWARE, HARDWARE, PERFORMANCE & BENCHMARKS
It runs Android (OS) 4.4 Kitkat out of the box. It has Spreadtrum (SC7730SE) 32-Bit SOC running a Quad-Core processor clocked at 1.3 GHZ (ARM Cortex-A7 Architecture) with 1.5 GB RAM and Mali 400MP GPU. The performance is Good which provides number of graphic intensive games and multitasking run quite well and there is no major lag at most cases.
QUADRANT : 4360.
ANTUTU : 18256.
NENAMARK 2 : 54.4fps.

OVERALL PRODUCT RATING° : 7.8/10.
°overall product rating refers to all the aspects including the price, performance, overall quality, features, etc., based on individual product.

To Know The Current Price And To Buy This Phone Now! Click The Links Below.
http://amzn/tabe