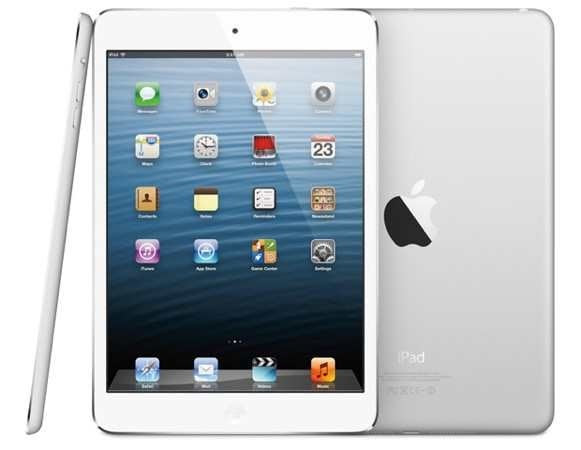 Apple launched its midange mini tablet namely IPad mini 2 in India which is priced @ 20990/-. It is available in black and white shades.

DESIGN, DURABLITY & DISPLAY
The design of this tablet is very good. It uses corning gorilla glass with fingerprint resistant coating on the front and a brush alluminum unibody finish on the back. It is slim at 7.5mm and weighs 341gms. It has a 7.9inch 16M colour LED backlit IPS LCD capacitive touchscreen of 1536 x 2408 resolution with 324ppi. The viewing angles and sunlight legibility of the display is very good. The screen supports 10 multi-touch points and the brightness of the screen is very good too.


STORAGE, MULTIMEDIA & CONNECTIVITES
It has a 8GB/16GB/32GB/64Gb internal storage and is not further expandable. The device features dedicated multimedia apps such as I-music, I-movies, as wells as default gallery provides storing of music, videos, and images respectively. On-board connectivity's such as 2G, 3G, Wifi , Bluetooth 4.0 (file sharing from apple to apple only) and USB 2.0 come standard but lacks NFC.

SOFTWARE, HARDWARE & PERFORMANCE
It runs IOS 7 out of the box it is upgradable to 7.1.2 also upgradable to IOS8.1.3. It has an Apple A7 processer (Cyclone based ARM V8) running a dual core at 1.3 GHZ with 1GB RAM and PowerVR SGX 640MP4( quad-core graphics). The performance is great which provides high graphic intensive games and multitasking run smoothly and there is no lag at all.

CONS
*Number of apps are bit less compared when compared to android but improving though.
*Non-removable battery.
*No MicroSD card slot.
*No NFC feature.
*No GPS Reciver in Wifi only version.
*Bit pricy and higher storage options bit more.

OVERALL PRODUCT RATING° : 8/10.
°overall product rating refers to all the aspects including the price, performance, overall quality, features, etc., based on individual product.
Arun BN
Hello Everyone, Welcome to GadgetGuruBN Website. This is Arun a.k.a TG. In this Website you will find Smartphone reviews along with this you will find few Car & Bike reviews & few Gadget reviews. Having 10 years of experience in smartphone technology, I always share my honest opinion on all the reviews i post on my GadgetGuruBN Website & ABN World Youtube Channel. So Subscribe & Follow GadgetGuruBN Website to never miss future updates. Also Subscribe my ABN World Youtube Channel [https://www.youtube.com/arunbn] to show your support & stay tuned for future updates. #GadgetGuruBN #ABNWorld #KoolBlueWallpapers