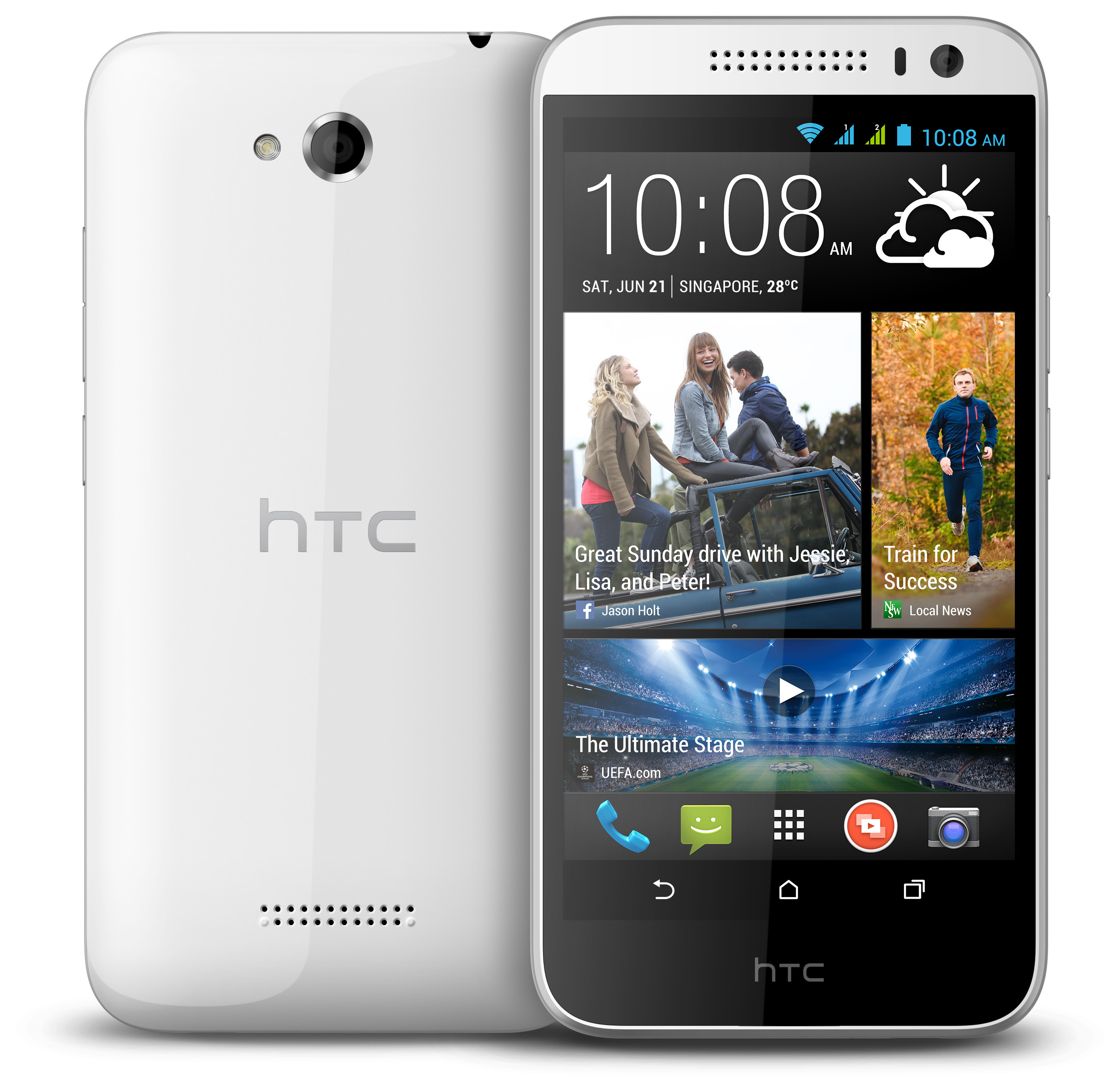 HTC launched lower midrange android smartphone namely Desire 616 in India which is priced @ 16,900/-. It is available is Black, White and Red shades.

DESIGN, BUILD QUALITY & DISPLAY
The design of this phone is very good. It has a scratch resistant glass on front and a polycarbonate unibody back and feels very good in hands. It is slim at 9.2mm and weighs 150gms. It has 5 inch HD LCD display of resolution 720 x 1280 with 294 ppi. The viewing angles and sunlight legibility of the display is pretty good. It runs on HTC's Sense 5.5 User Interface. The display supports 5 multi-touch points and the brightness of the screen is good.

STORAGE, MULTIMEDIA & CONNECTIVITYS
It has 4GB of internal storage which is further expandable upto 32GB. The device features dedicated multimedia apps such as Zoe camera app stores all your images and has built video player as well as music player which stores and plays respectively which are very good. FM radio comes pre-installed too. Connectivities like 2G, 3G, Wifi b/g/n, Wifi hotsopt, USB OTG as well as Bluetooth 4.0 But lacks NFC.

CAMERA & VIDEO RECORDING CAPABILITIES
It has a 8MP rear camera with autofocus and Led flash which features Simultaneous image and video recording, Geo-tagging, Touch focus, Image stabilization, HDR etc. The camera clarity is pretty good overall. Daytime the images are very good and has fine details respectively but in the night is where the noise starts to become more visible and to get better details at night HDR mode images with bit of steady hands helps to produce slightly better images. It does FULL HD 1080p@30fps HDR video recording with video stabilization and stereo sound having bit-rate of 16-17 mbps and stores in mp4 format. The video recording clarity is pretty good overall. Daytime the video clarity is very good and has fine details respectively but at night video clarity is pretty descent could have been better. It also has a 2MP front camera for selfe's which does 720p video and clarity is pretty fine.

CONS
*Battery life could have been bit better.
*No NFC.
*No dedicated camera key.
*No kitkat update yet.


°overall product rating refers to all the aspects including the price, performance, overall quality, features, etc., based on individual product.
Arun BN
Hello Everyone, Welcome to GadgetGuruBN Website. This is Arun a.k.a TG. In this Website you will find Smartphone reviews along with this you will find few Car & Bike reviews & few Gadget reviews. Having 10 years of experience in smartphone technology, I always share my honest opinion on all the reviews i post on my GadgetGuruBN Website & ABN World Youtube Channel. So Subscribe & Follow GadgetGuruBN Website to never miss future updates. Also Subscribe my ABN World Youtube Channel [https://www.youtube.com/arunbn] to show your support & stay tuned for future updates. #GadgetGuruBN #ABNWorld #KoolBlueWallpapers