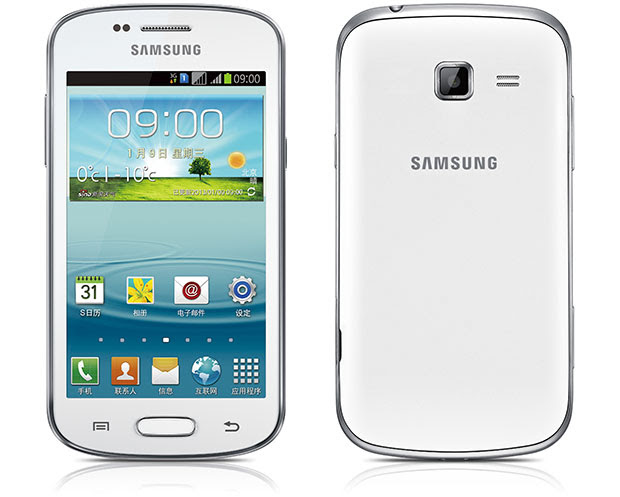 Samsung launched another lower budget android dual sim smartphone namely Galaxy Trend in India which is priced @ 8,499/-. It is available is Black, White and Red shades.

DESIGN, BUILD QUALITY & DISPLAY
The design is basic but descent. It has a scratch resistant glass on front and a plastic matte finish on the back making it quite durable. It is slim at 11.1mm and weighs 128gms. It has a 4 inch 16M LCD capacitive touchscreen of 480X800 (WVGA) resolution with 233ppi. The viewing angles and sunlight legibility is good.

STORAGE & MULTIMEDIA & CONNECTIVITIES
The device comes with a 4GB internal storage and is further expandable upto 32GB. The device features dedicated multimedia apps which are good. On-board connectvities such as 2G, 3G, WIFI, Bluetooth 4.0,USB and GPS are standard

SOFTWARE, HARDWARE, PERFORMANCE & BENCHMARKS
It runs on Android (OS) 4.1.2 jelly bean out of the box . It has a Qualcomm Snapdragon S1(MSM7225A) processor running a single core at 1 GHZ with 512 MB RAM and an Adreno 200 GPU. The performance is ok which provides less number of graphic intensive games and multitasking run well enough and there is a bit of lag occasionally.
QUADRANT : 1690.
ANTUTU : 3090.
NENAMARK 2 : 15.5 fps.

°overall product rating refers to all the aspects including the price, performance, overall quality, features, etc., based on individual product.